“Take the white minivan, the red’s driver is Azeri” – Violeta, an ethnic Armenian told me when giving directions how to reach Khozhorni, a mixed village in Marneuli region, Georgia, populated with ethnic  Armenians and Azerbaijanis.
In Marneuli’s main bazaar, from far you can see a bus stop with Khozhorni sign on it. Following Violet’s advice, which meant the Armenian driver would take me directly to her house, I didn’t take the red minivan even though obviously it was going to leave earlier. 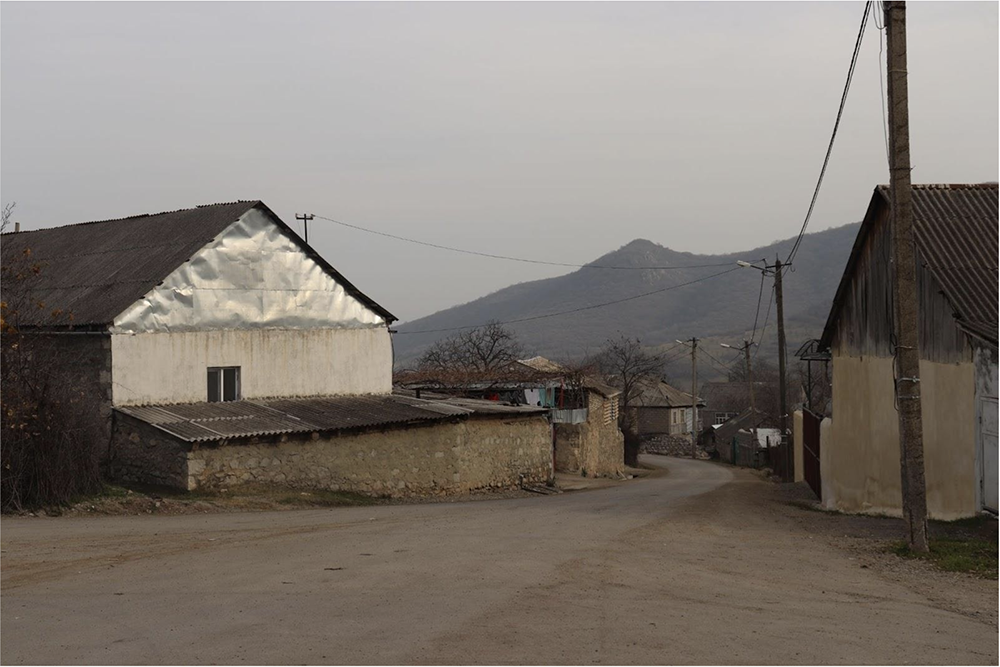 After 40 minutes of riding and passing through various villages (I tried to count but lost my account) we finally arrived. By entering the village you can easily guess the so- called village center where no matter of ethnicity, people gather to play games and talk during the daytime. It’s a small building with a front yard, where  Mutti and Vacho (the name has been changed at his request), two middle-aged men from two different sides of the village  were playing narde.

I welcomed them and asked permission to take photos in Armenian. Seeing my camera and my backpack Mutti took a look at me but Vacho  didn’t even look and answered by throwing zars of narde.

“What are you shooting? Where are you from?”

I told them I am a journalist and want to know how the situation in the village has changed after the Nagorno-Karabakh war, after which Vacho said, “Do you see Mutti? He is my friend. We come and play here every day. Some political situations of our home countries can’t change our relationship”.

In the village of Khozhorni, when you ask something in Armenian and receive an answer in Armenian, it is possible that your interlocutor is Azerbaijani. And so was Mutti Seidov. You’d never guess he was not native speaker because he was communicating without any accent.

But, the longer you stay in the village and the more people you talk to, the more you understand that there is some tension towards two nations. The Armenian literature teacher, who preferred to give only his last name, was the only person who admitted that relationships between residents have changed recently. Manukyan was sitting under the tree with a cigarette in his hands, not far from the village center. After Mutti, I thought that he would also be an Azerbaijani and started to speak Russian though he responded in Armenian. “There had never been an ethnic problem in our village” -  he started when I asked about what are the relationships between two nations, “But the national issues arose during this past Karabakh war”,  started to talk with pain which could also be seen in his eyes, “ after winning the war our neighbor Azerbaijanis started to celebrate, it started to freeze our relations. We live together and now the hostility is born between us”.

Manukyan showed me the school, where two nationalities also study together. The two storey building does not look good from the outside. “they plan to renovate it, ” Manukyan said. The wooden door for the entrance was closed with a big lock. The windows of some classrooms were open and you could easily look through them and see the Christmas tree in the middle of the hall. There was no principal, no teachers and no students at the school on Friday midday. “We don’t study in the same classrooms” – screamed a teen-aged boy coming towards me from the fence. “Look, these are the windows of Azerbaijani classrooms, this part” he pointed at the first floor windows, “Armenians have classes upstairs.”

It seemed  like they were united but also separated at the same time. The village - into two parts, the school - into two parts. The boy, Gevorg Davtyan, suggested showing the Church which was a bit far from the village. You have to pass the Banoshi river in order to get to the Khozhorni Dome Church. We walked there for about 20 minutes. On the ascent to the church, which is right near the border with Armenia, there are Georgian board guards, sitting in a small cottage made of wood. Locals told me they are very strict, but as long as you don’t cross the border,  they let you go without any problem. 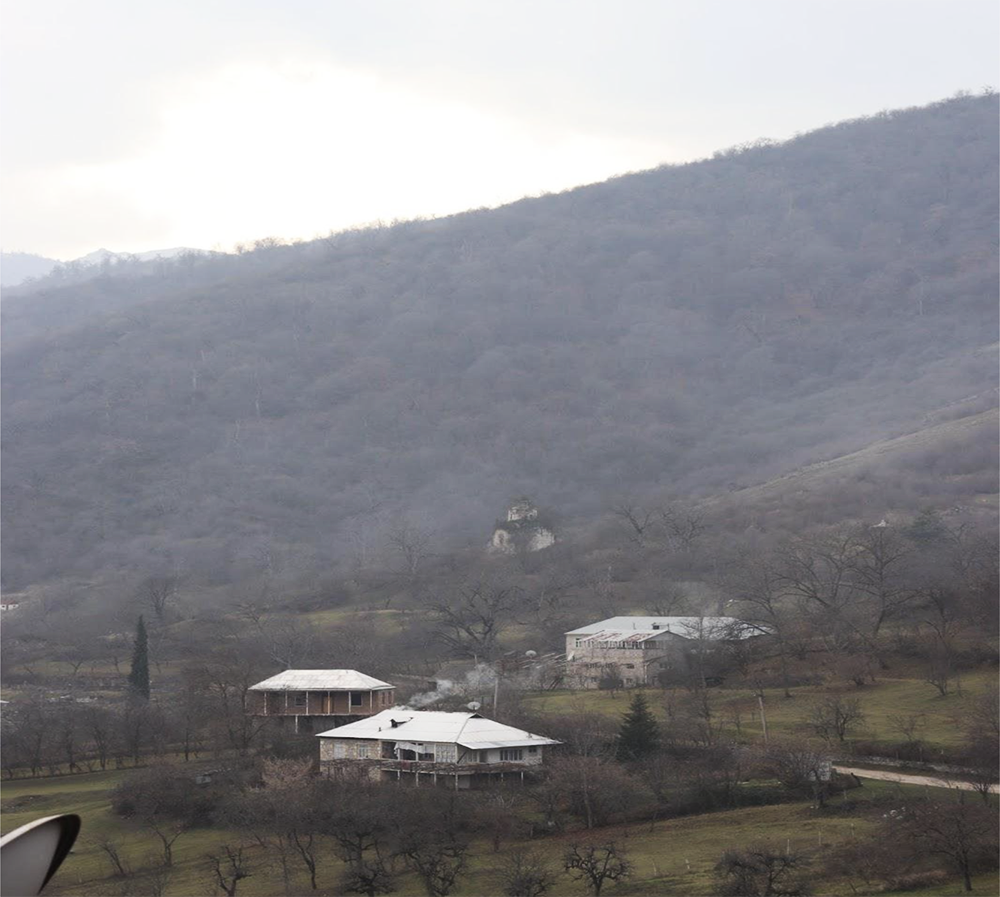 The Dome Church is on the rock and while being there you can see the whole village from the top - the Armenian and Azerbaijani parts, both were gloomy because of the rainy day. In most of the yards there were still persimmons on the trees, and dried persimmons hung in the front yards.

A lot has changed since the Nagorno-Karabakh war of 2020, but in this Georgian village two nations live “like brothers”  trying to keep their inner conflict inside the village.

“We play together, make friends together, we feel very safe…” - says Rasim, an ethnic Azerbaijani resident of Khozhorni.