Theatres were closed for one year, so actors missed it very much. Some of the actors had very hard times, because it was very difficult for them to overcome the situation living without theatre. When firstly it was announced that theatres would be closed, nobody could imagine that it would take one year.

“It was very difficult, but I overcome this one year. If it continued for three years, I really don’t know how I could overcome it. This period has many minuses, you are not in the same rhythm. Actors were involved in the spectacles too much and suddenly everything was stopped. When you rest for a long time and need to start everything again, it is a bit hard. Missing is good sometimes, but at the same time anxiety and feeling of responsibility is bigger. But the most important thing is that, you feel happy that you return back to your working process”,-Actor of Liberty theatre, Vasiko Odishvili said.

As he mentioned, all tickets were sold in 2-3 days, because people are full with negatives from this period and they need to feel relaxed. He hopes that the exchange of emotions will happen between actors and viewers.

“One-year pause is very hard for actors, because the psyche and abilities are used to scene, viewer, applause, it is the usual style of their life. Me and several of my colleges had been in TV shows, but one can’t replace another. Now, being on scene is connected to big agitation, I think it happens for first time. I have the same feeling as I had during student time, because it is connected to big responsibility. I am nervous about text, I think that body don’t follow me, because actors are like sportsmen, we need to be fixed all the time”,-Tatuli Edisherashvili said.

According to the actor, missing is so big of the spectacle and acting process, that she thinks they will manage and overcome the obstacles and not be ashamed in front of viewers. 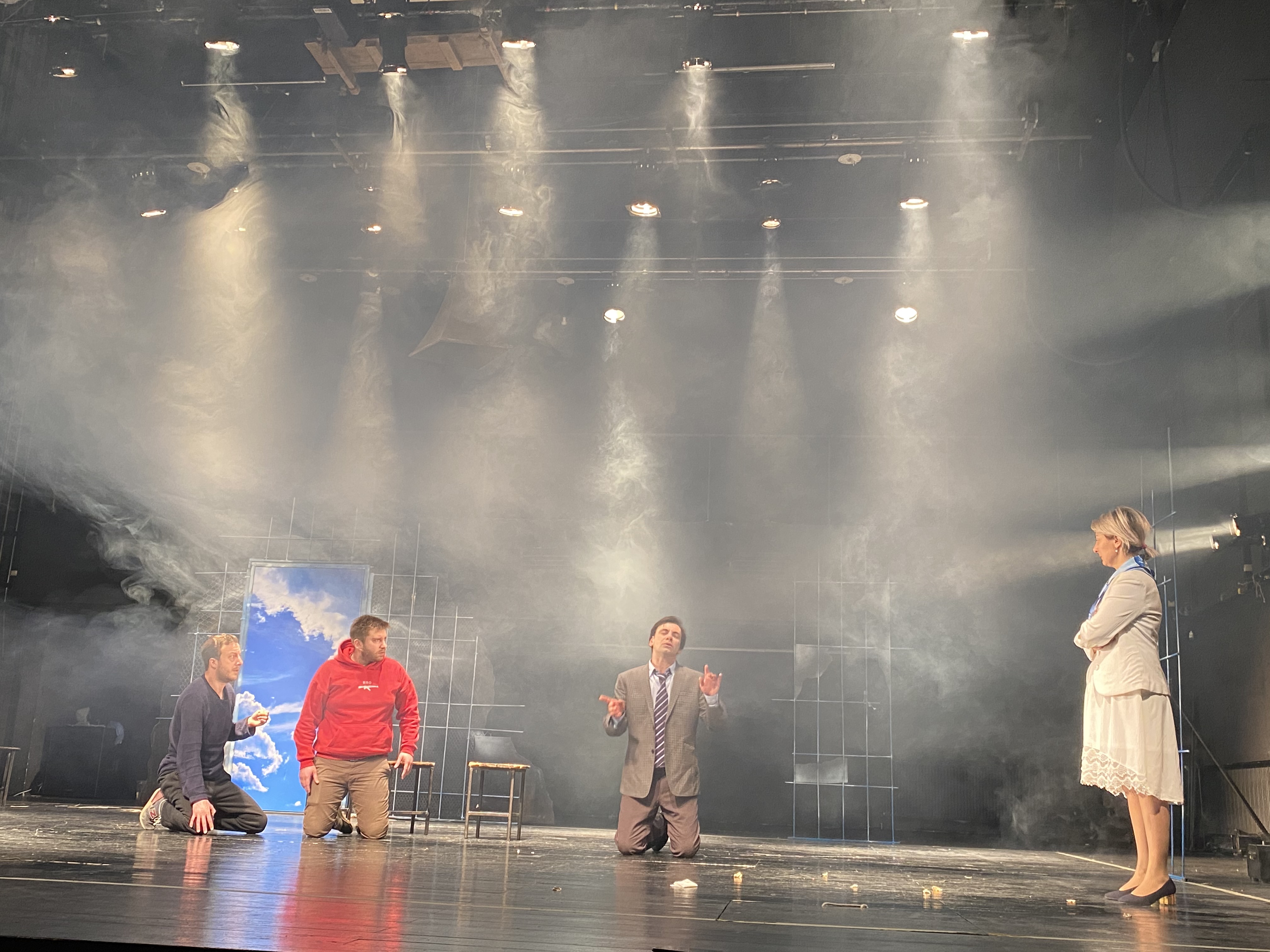 Another actor, Bacho Qajaia, who also takes place in different TV shows, mentioned that he had pause from spectacle and scene more than one year, and only pandemic was not obstacle for him.

“I miss theatre more, than others, because I had a big pause. I am very happy that we are opening, we will play in spectacles and will listen the voice of reaction from people, which is very important and pleasant for actors”,-Bacho Qajaia said.

Actors of different theatres are very happy, because they saw from the side of viewers that almost all tickets were sold in few days and they felt how much the audience missed them.