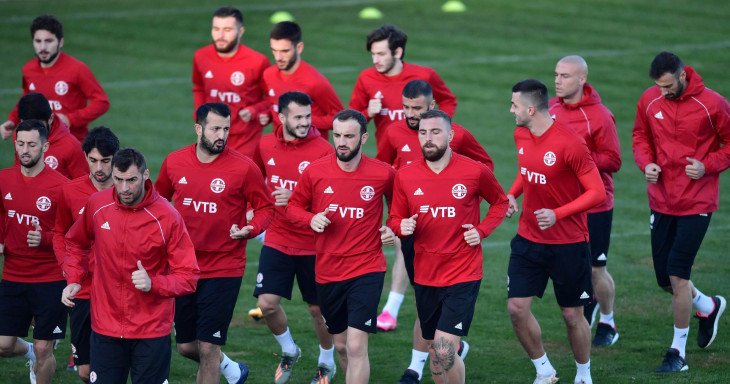 On November 12 Georgia will host a historical football match which the Georgian fans have been waiting for years but due to the COVID-19 regulations it will be held unattended.

“The whole country has been waiting for this match for a long time. We all have high hopes that Georgia will win this game and go to the European Championship, but human health is most important,’’ said the Vice-Prime Minister of Georgia Maia Tskitishvili at the meeting of the everyday Coordinating Council of the Government on November 2nd.

The President of the Georgian Football Federation Levan Kobiashvili said he had to communicate with the government officials, because he knew fans would also gather near the stadium and it would be more risky than admitting fans to the stadium, but at this point such a decision was made.

“I played 100 matches as a member of the Georgian national team. I am very proud and happy with this. The team went through many difficult periods and the fans were always with us. The fan has a great power, but now the most important thing is human health. Let’s support Georgia from home,” said Levan Kobiashvili.

Captain of the Northern Macedonia’s national team, Goran Pandev, said in an exclusive interview with AGA News that his team is ready to offer specific new tactics to win over the competitor.

“Georgian team has amazing fans. They create an amazing atmosphere throughout the match in the stadium, which is difficult for the opponent. Therefore, it is good for us that the match will be held unattended, ” he said.

According to a member of the Georgian national football team’s fun club ‘Jvarosnebi,’ Amiran Urushadze, the presence of a small number of fans at the stadium shouldn’t have been problem.

‘’As we know, UEFA decided on this match that according to the capacity of the stadium, 16,000 spectators would land on the stadium to guard the social distance. However, the Georgian government has decided not to allow fans to enter the stadium,’’ he added.

Levan Shengelia, player of Georgian National team and Turkish ‘Konyaspar’ stated that this match is very important for Georgia as the team Northern Macedonia is very strong, compiled with good players.

“We will do more than the maximum we can for 90 minutes plus extra time to fulfill the dream and our country, the Georgian national team to play in the European Championship, “ he said.

Georgian national football team played in the Division D of the UEFA Nations League and defeated the national team of Kazakhstan, Andorra and Latvia in the group stage. Georgia defeated Belarus in the semifinal of the qualification stage of the European Championship.  In case Georgia wins the upcoming game, it will be the first time in the last 30-year history for Georgian National Team to play in the he European Championship.