The fighting between Armenia and Azerbaijan broke out on 12 th of July between state borders of 2
countries: Tavush region of Armenia and Tovuz district of Azerbaijan. The two sides have been accusing
each other for starting the fight and escalating the conflict. More than 15 people have died already from
the clashes, including one civilian from the village of Aghdam in Azerbaijan.
While the situation on border was getting tense, the rallies have been hold in Europe, in USA and in
Russia both by Armenians and Azerbaijanis, each accusing the other side for aggression. The protests
broke out to violent fights, starting from LA, then Belgium and reaching to Russia.
While the governments of 2 countries have mostly been silent about their nationals involving in violent
acts in third countries and taking the fighting out of the border, several emigrants on both nationalities
came up with a joint announcement, condemning the ongoing acts of violence.
The text particularly says: “As members of Armenian and Azerbaijani communities across the world, we
condemn the ongoing acts of violence and bigotry perpetrated by individuals within our communities
towards one another in the name of patriotism.
While our societies have fundamental disagreements regarding the Armenian-Azerbaijani conflict,
fistfights in the streets across the world do nothing to advance the cause of either side. Instead, they are
an affront to basic safety and human dignity.
As fellow immigrants, we call upon all members in our Diaspora communities to engage in peaceful
activism, to respect the right of the others to do the same, and to reject violence, dehumanization and
discrimination”.
The announcement initially made by 6 people, was signed by 90 people from both nationalities in 2
days.
This was followed by Armenia and Azerbaijan based journalists’, Tatul Hakobyan’s and Shahin Rzayev’s
joint statement: “One should stay a human. We, the journalists, have no right to come up with political
announcements, however, we cannot stay silent while in different cities of the world Armenian-
Azerbaijani clashes happen. People are subjected violence, humiliation and inhuman treatment towards
themselves only because they are Azerbaijani or Armenian. These shameful and painful events must
end, and the time has come for the political and religious leaderships of Armenia and Azerbaijan to
appeal to their people for calmness, common sense and tolerance.
These clashes, regardless of the presence of an invisible hand, do not correspond to the interests of
either the Armenian or Azerbaijani people.
Even during the bloody war of 1991-1994, the conflict did not go beyond the Transcaucasus. Exporting
the conflict can be tragic. We urge you not to turn countries of the world into a new battlefield.” 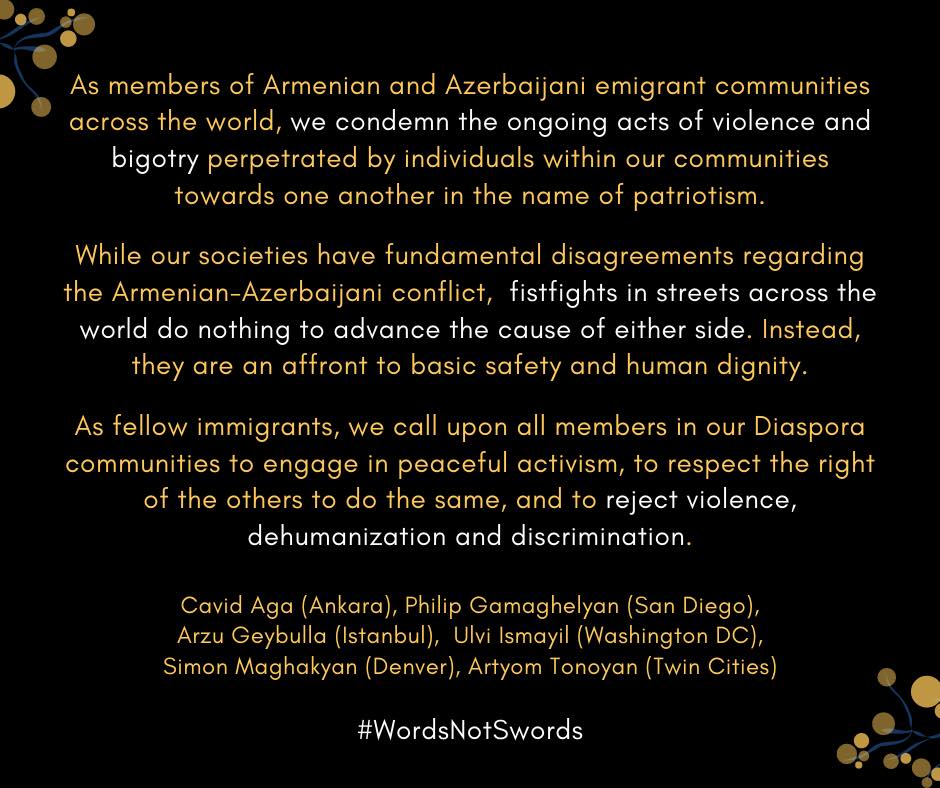 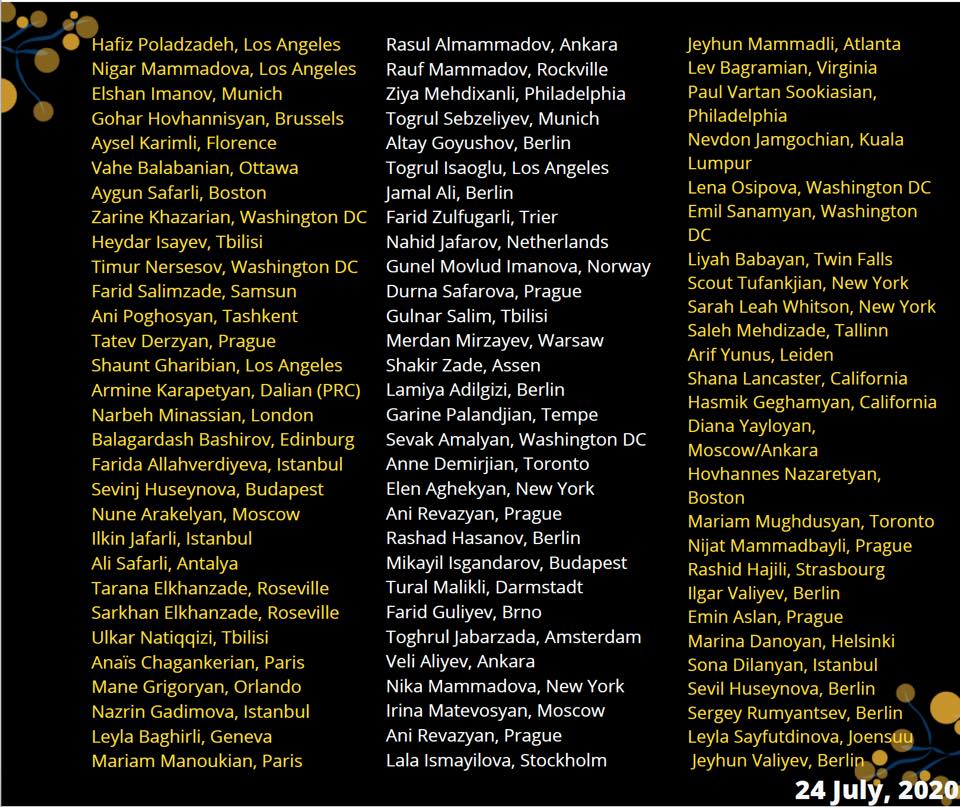