In the first few months of 2020, the Armenian Government created a project to grant
apartment purchase certificates to 112 refugee families that, over the last 30 years, had still not
received permanent housing. In the early days of March, 40 out of the 112 received their
certificates.
The first phase of the Home Purchase Certificate program is nearly completed. The first stage,
implemented within the framework of 1.5 billion drams, involved 112 refugee families, of which
about ninety have already received certificates. This time, in order to reduce the risk of
spreading the COVID19 infection, due to the fact that the beneficiaries are mainly elderly
refugees, the Migration Service staff personally delivered the last certificates of the first phase
to the settlements.
About a dozen refugee families deported from Azerbaijan have already found an apartment and
are in the process of buying it.
On May 27 of the current year, the Government adopted the draft decision on the second stage
of the program, by which within the framework of 2.1 billion drams, certificates will be
provided to 185 more families of the same target group. In parallel with the first stage, the
process of registration of the second stage beneficiaries has already started in the temporary
residences of Kentron, Erebuni, Nor Nork, Arabkir, Davtashen administrative districts of
Yerevan. As a result, in the administrative districts of the city of Yerevan, the housing issues of
the families deported from Azerbaijan is finally getting resolved. 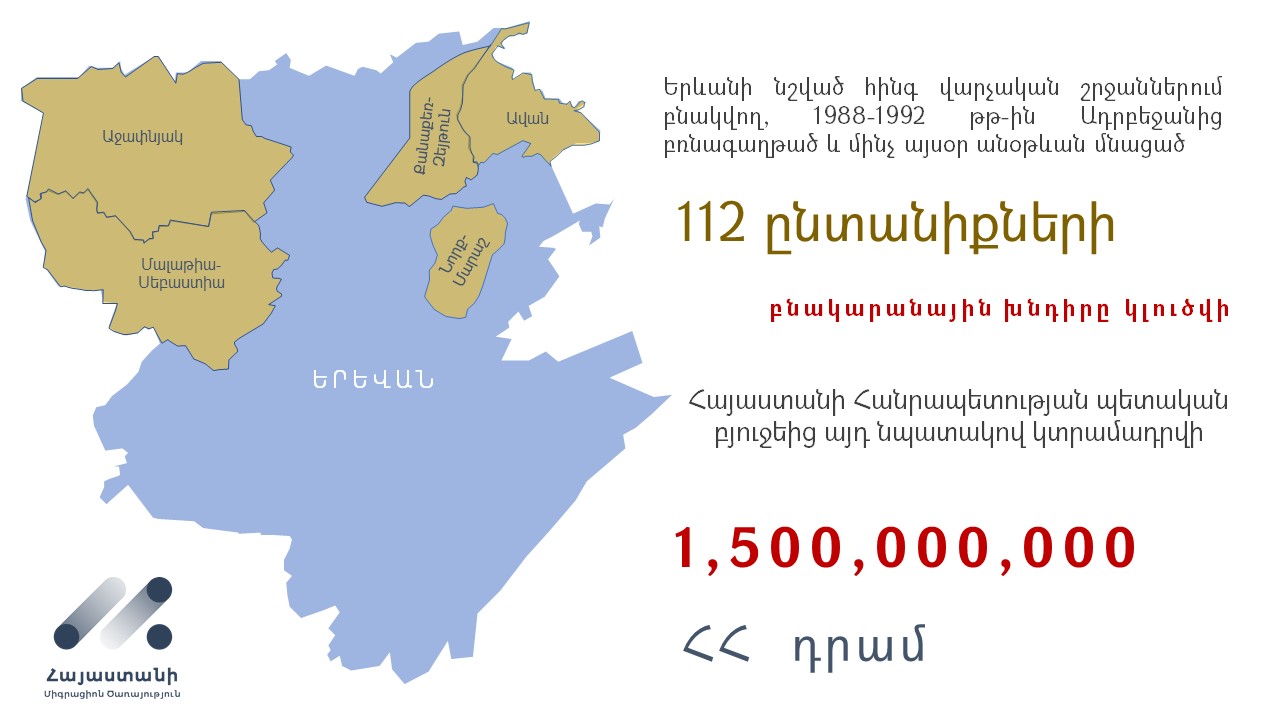